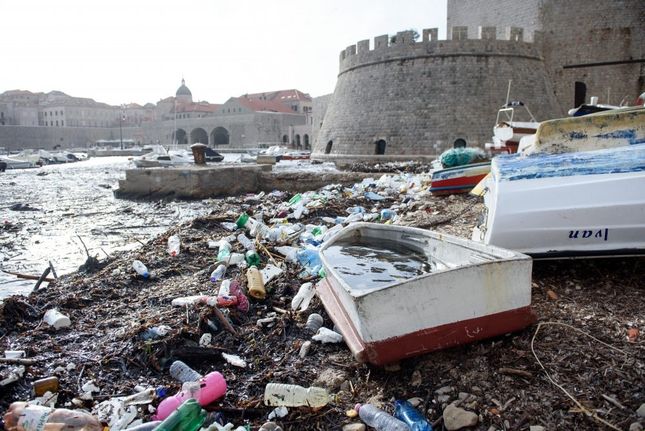 The Dubrovnik-Neretva Regional Development Agency during a meeting launched an upcoming campaign on marine litter awareness raising, supported through the H2020 project URBAN-WASTE.

Considering the problem of marine litter as one of the fastest growing global concerns, awareness raising in this issue is fundamental: with millions and millions of tons of litter ending up in the ocean worldwide, causing environmental, economic, and health problems, it is necessary to take proper measures and find efficient, long-term solutions. Dubrovnik-Neretva County, part of the URBAN-WASTE project as pilot area, is heavily under the influence of huge amounts of marine litter. In 2017 a crisis occurred when the old port of the City of Dubrovnik and surrounding beaches, listed as a World Heritage Sites, were covered in garbage.

The county opted for an awareness raising measure within the URBAN-WASTE project, that will be coordinated by the Regional Development Agency DUNEA. Other departments will also provide support along with the Local Fisheries Action Group – FLAG South Adriatic.

Among the selected activities to promote awareness in the are, educational workshops (carried out by experts from the Ecological Association for Conservation and Protection of the Sea and the Coastal Zone “Little Siren”) and the cooperation with others European projects have been highlighted as crucial. The campaign will also see a cooperation with volunteer fishermen who accidentally catch marine litter daily.

The URBAN WASTE project aims to help develop strategies aimed at reducing the amount of municipal waste production as well as strategies to further develop re-use, recycling, collection and disposal of waste. In doing so URBAN-WASTE will adopt and apply the urban metabolism approach to support the switch to a circular model where waste is considered as resource and reintegrated in the urban flow. Discover all the info about it here.