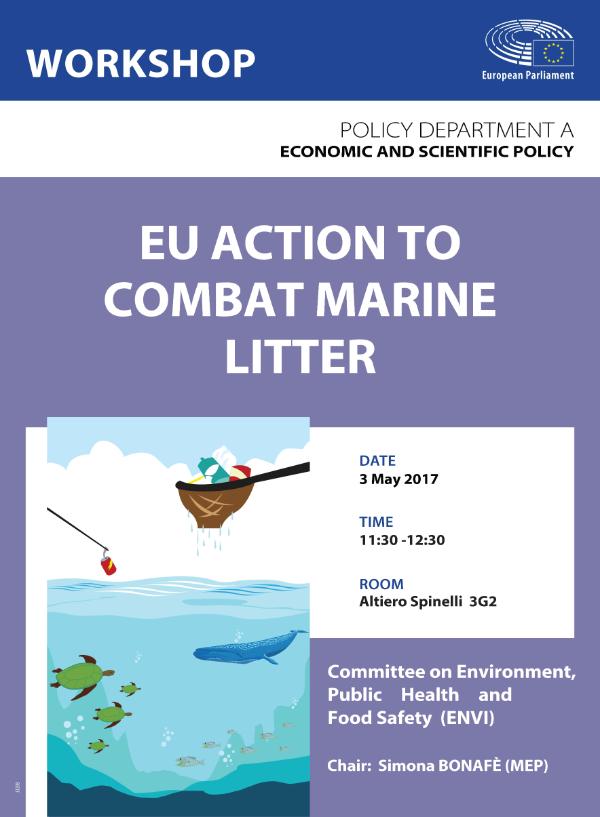 The European Parliament organised a workshop dealing with the topic of marine litter.

The European Parliament Committee on the Environment, Public Health and Food Safety (ENVI) held a workshop entitled “EU action to combat marine litter”,on 3 May 2017, with the aim of addressing marine litter in the context of the transition towards a circular economy in Europe.

In particular, the Plastic Strategy, provided within the Circulary Economy Action Plan by the EU Commission, tries to cope with this increasing threat to the health of the marine biosphere, recognizing the urgency for actions.

The panelists, leading experts in the topic, discussed the necessity for radical change in the approach towards plastics and waste in the economy, emphasizing that preventative measures should be prioritised as more effective strategies rather than clean-up. Especially on a long-term perspective, they agreed that policy-makers should stress prevention of waste and plastic litter creation.

Furthermore, they examined some circular economy measures to address the problem of marine litter, and underlined that sectors like fisheries, waste management and tourism cause a huge impact on environment and in the creation of marine litter.

The panel indeed sustained up-stream measures (for instance, eco-design and reparability), and market-based instruments (such as deposit refund and extended producer responsibility schemes), in addition to EU fundings, in order to develop an effective waste management system and deal with plastic.

For more information on the EU Action to Combat Marine Litter see the EU Parliament's website.