The Clean Archipelago project in Tuscany 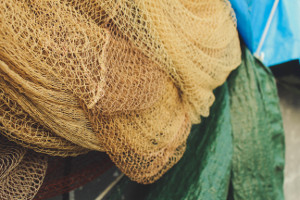 The project "Clean Archipelago" is led by the Tuscany Region in Italy and strives to clear the sea of litter.

The project “Clean Archipelago” led by the Tuscany Region (Italy) was launched on 13 April 2018, in collaboration with 10 boats from a fishermen cooperative association. The project strives to clear the sea of litter. Until then the fishermen were obliged by law to take care personally and at their own cost of the plastic brought back in the harbour. Consequently, it was being thrown back in to the sea. With the initiation of the project, 20-30 kg of plastics (3% of what is caught) that each boat collects are now sent for treatment or recycling in suitable plants.

The Tuscany Region in cooperation with the Italian Ministry of Environment, Unicoop Firenze and other associations agreed to launch this new project to solve the issue. The agreement is unique, since it provides a shared effort of public and private entities, throughout the whole stream to ensure circularity. The project will run for 6 months, and for the moment it covers only Livorno, but could be replicated in other coastal areas of Tuscany and beyond. Furthermore, since the Ministry of Environment is involved, Tuscany expects to elevate the project on a national level. The final goal for the Region is to inspire the modification of the regulation in order to allow fishermen to gather marine litter and send it to the recycling structures in the whole country.

This project was presented at the European Parliament in Brussels on 26 June, hosted by the MEP Simona Bonafè. One of the objectives of the event was to push for more regulation at EU level to increase the collection of waste originating from fishing activities.