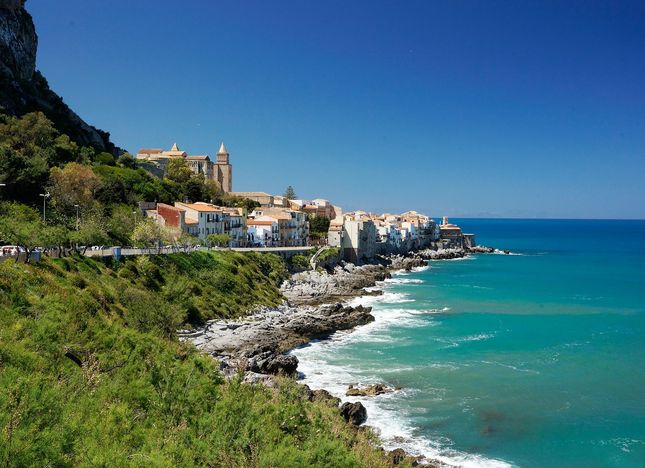 In 1282, a popular uprising by farmers, who came to be known as "Sicilian Vespers" (Vespri Siciliani), overthrew the local government and liberated the island from its oppressors. In 2018, another battle, another uprising is gaining ground from the bottom, this time from small towns.

The "plastic" problem is now an emergency. Studies, analyses and research focus on the presence of plastics and microplastics in our environment and island ecosystems in particular are the most sensitive and damaged by plastic pollution. The war on plastics is a global environmental emergency and the EU will adopt, we hope, a directive to ban single-use plastics in 2019. In Sicily, this issue is added to the difficulties related to separate collection and recycling of waste, in every single city.

This year, since the summer period and the high tourist season, during which huge flows of visitors arrive, the problem has taken on great importance, especially in the main tourist cities. Day by day, individually, without any guideline from the regional government, dozens of local mayors signed municipal ordinances to prohibit the use of disposable objects. A bottom-up initiative that involved several cities all over the island: Lampedusa and Malfa first, Avola and Noto then, Augusta, Alcamo, Acireale, Pietraperzia, Pantelleria etc., imposed a ban on sales and use of disposable tableware (cutlery, plates, straws, glasses, bags and any disposable container that is not biodegradable) with municipal ordinances, imposing the use of compostable plastic objects (easily deposited in the wet fraction). Plastic bags will also need to be replaced by paper or canvass bags. This new regulation was adopted, above all, to protect the environment during the tourist season, on the occasion of traditional food festivals and events.

Islands on the front line

It is significant that it was a small island, the island of Lampedusa, the most famous of the Pelagie archipelago, that was the first to start with the "plastic free" revolution in early July. Plastic is one of the greatest dangers for our national coasts, but especially for the sea-related economies, such as fishing and tourism. While waiting for the Blue Islands project results on the seasonal variation of waste generated as an effect of tourism, at the beginning of May 2018, 12 Sicilian beaches were analysed by Legambiente volunteers and they recorded 787 items of waste per 100 linear meters of beach, over a total area of 49,550 square meters.

Thus, island communities are more sensitive to, and fearful of, the “Plastic” crisis than other communities, and in Sicily they started the new deal. Then the revolution extended to other municipalities and, finally, later, it arrived at the Sicilian Parliament with a draft law, the so-called "Plastic Free" bill. The proposal, composed of five articles dealing with new rules and restrictions on the use of plastic products, has to be discussed by the commission of the Palazzo dei Normanni, before approval. The bill prohibits the Regional government (but also regional authorities, institutions and companies monitored by the Region) from using non-biodegradable disposable containers and crockery in public canteens, “venues” under public competence and responsibility, machines on loan, and in internal bars and restaurants of regional offices. The draft law also provides deterrent measures to stimulate regional administration, municipalities and others to promote initiatives with a low environmental impact, using biodegradable materials and encouraging separate collection. It introduces financial incentives for virtuous entities and for citizens (such as the reduction of waste taxes), but also imposes sanctions in case of violations, ranging from a minimum of 500 euros to 2,000 euros. Now Sicily is waiting for the draft to become law. Meanwhile, however, the municipalities, from below, started their "plastic free" revolution on their own.